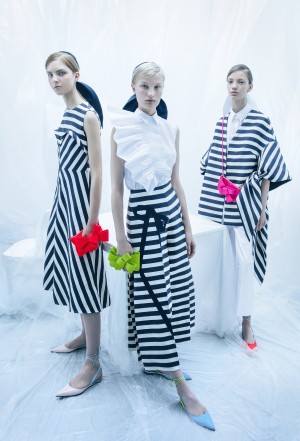 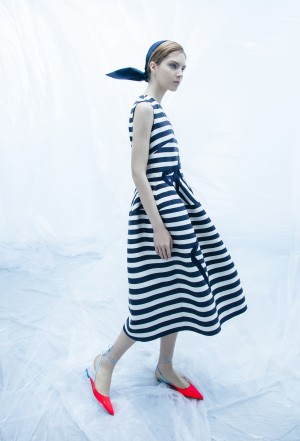 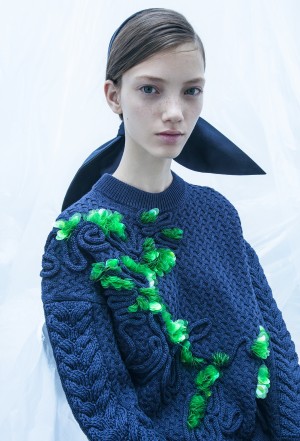 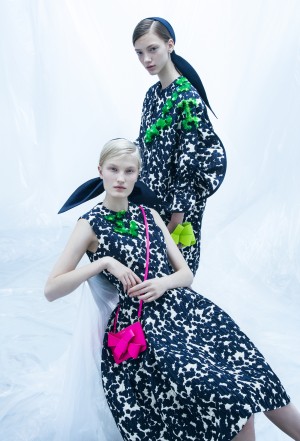 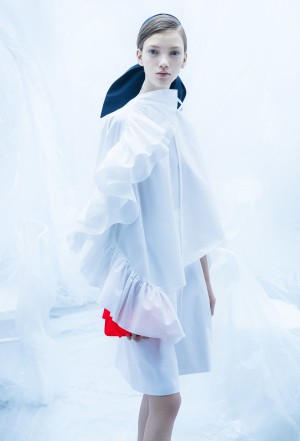 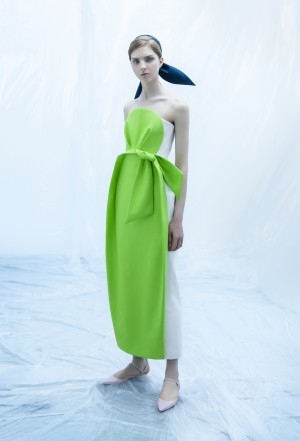 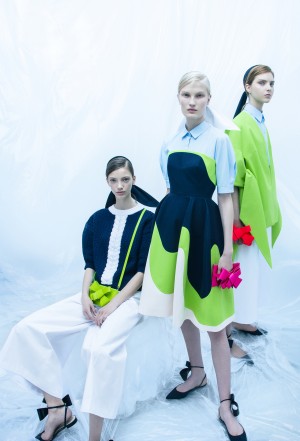 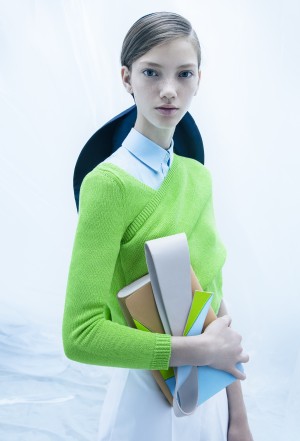 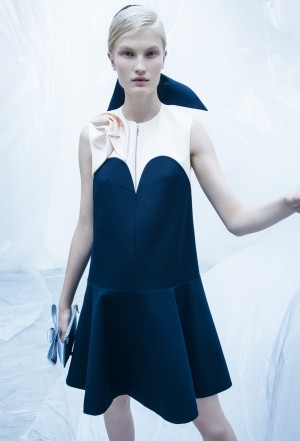 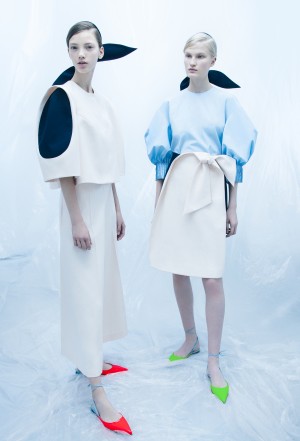 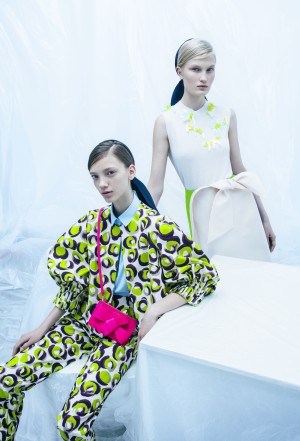 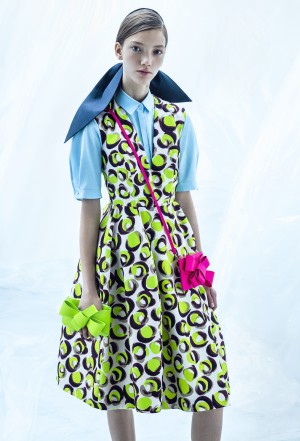 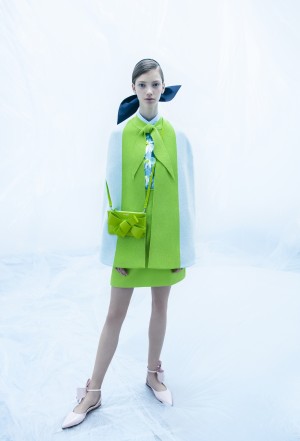 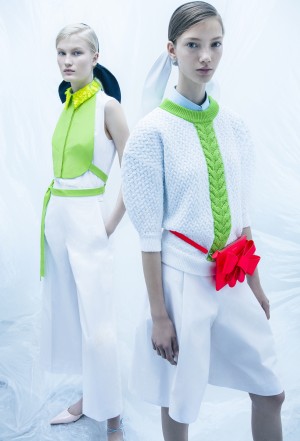 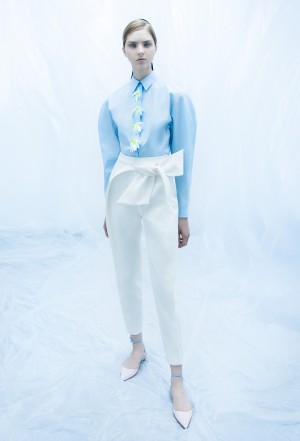 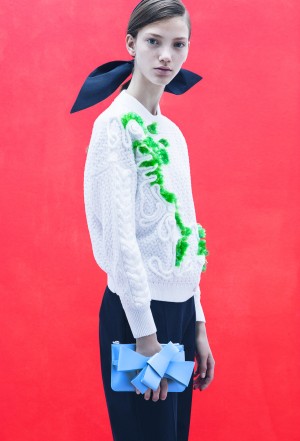 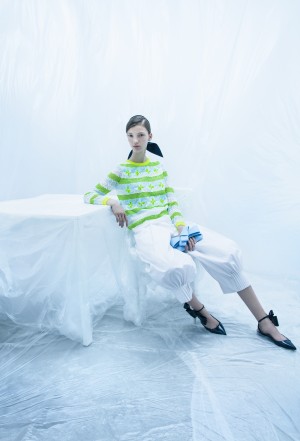 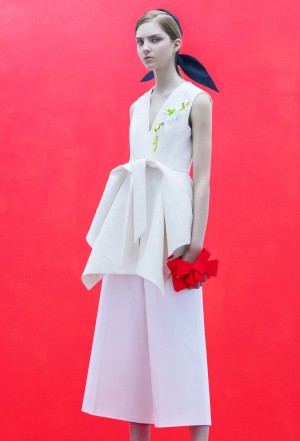 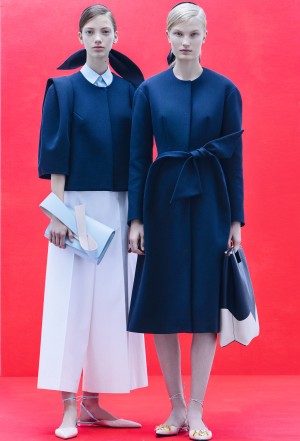 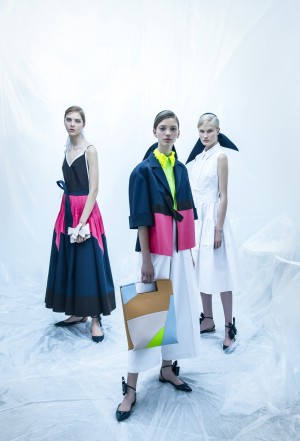 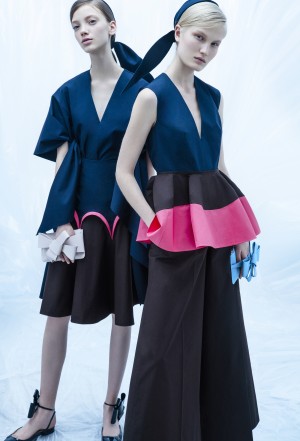 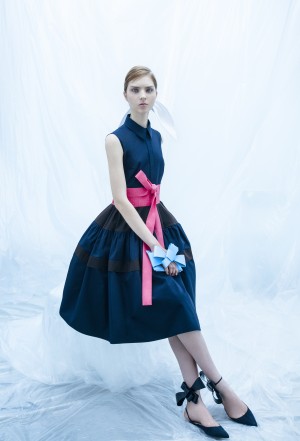 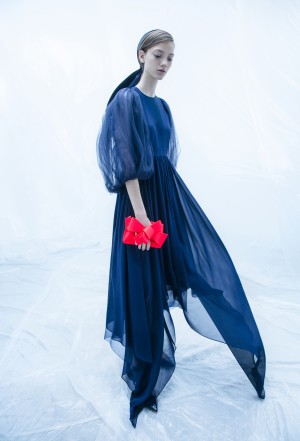 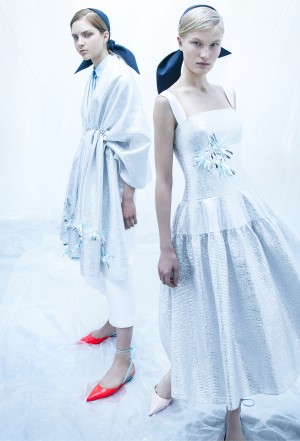 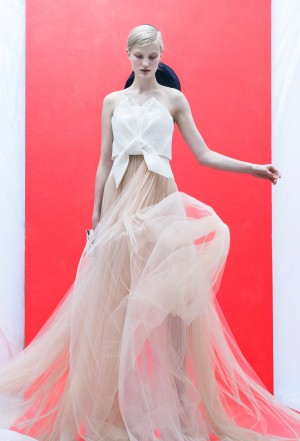 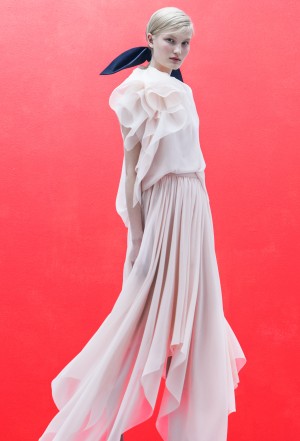 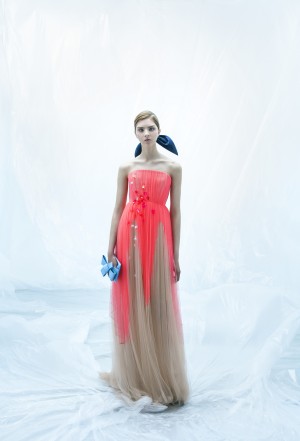 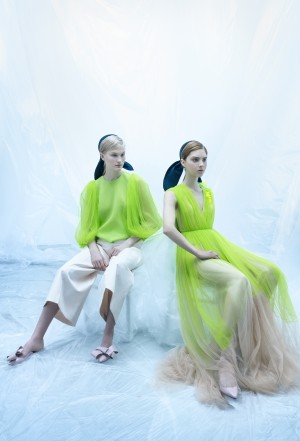 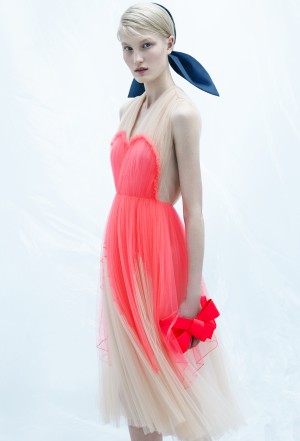 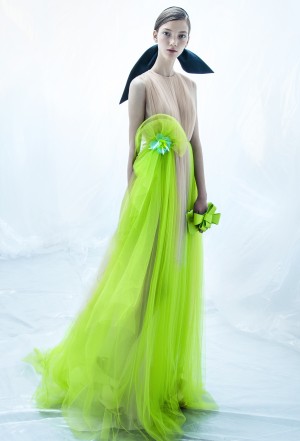 It’s been a ripple effect during the past five years at Delpozo, so for Resort 2018, creative director Josep Font was drawn to unique yet natural lakes found in different parts of the world and moved by a woman who was ahead of her time in many ways, the ethereal Loïe Fuller.

The synthesis of three peculiar liquid landscapes, was how Font set the mood for the season’s color palette. In the brand’s homeland, lake Clicos in Lanzarote flows in shades of lime green surrounded by dark volcanic sand; while in Australia, enclosed by a thick green forest, a pop of bubble gum pink drifts known as lake Hillier; and, last, but not least, lake Tuz Gölu in Turkey, with its high saline concentrate inspires the calcareous shades of white jacquard, light blue poplin, silver fil coupé and the salt flower embroideries found in Resort. A sweet and salty combination blended with serene hues of navy, chocolate, ivory and pale pink.

Besides the deconstruction of these chromatic lakes, their organic shapes instill the arch sleeve found in jackets, the gonflé for bloomers inspired trousers and puffed sleeves and the flower corolla silhouette for day dresses and peplums.

Font also dissects the life and journey of American dancer Loïe Fuller. A pioneer of modern performances and theatrical lighting techniques from the end of the 19th century in Paris. She was known for her “Serpentine dance” in which she used silk dresses to create ethereal movements true to the Art Noveau era. Through her dancing performances, Font discovers a delicate lightness and romantic femininity translated into tulle gowns, georgette blouses and skirts in shades of nude mixed with a shot of the unlikely nature inspired colors.

For the first time, Delpozo presents its own nautical interpretation, with Breton stripes in organza along with an incrusted bow, as well as a marine inspired print jacquard bringing ocean reefs to life with a neon green crystal embroidery reinterpretation, just as the same ones found in the lakes. Hand braided cable knits in nautical color hues or a lace effect knit with geometrical embroideries are the knitwear for this season.

Resort 2018 puts the limelight on the iconic Delpozo Bow. After the Bow sandal and Bow mule, now it includes the Bow ballerina in patent and satin as well as the new mini Bow clutch, that comes in nine different colors and which is made from 36 pieces, 22 being of leather. The ripple effect of a beloved shape.